The popular Instagram page, which was started as a lockdown activity, has gained popularity on the Internet and subsequently caught the attention of film personalities

Imagine Rajinikanth as the notorious drug lord Pablo Escobar, popping a cigarette in the hit TV series Narcos. Imagine how philosophical the conversation would end up being if Nallasivam (from Anbe Sivam) and Forrest Gump (from Forrest Gump) met. Imagine Scarface with MG Ramachandran mouthing the famous “I’m Tony Montana”.

These bizarre yet original ideas are the offerings of the Instagram page Aesthetic Kunjamma (@aesthetic_kunjamma), managed and run by a team of eight artists whose innovative poster designs of vintage Malayalam and Tamil movies are gaining popularity on the Internet.

Twenty-year-old Arun A was finding ways to satisfy his creative urge during lockdown. A student of Commerce, he started an Instagram page to celebrate the “good” and “retro” movies, particularly the kind he grew up on. He needed a name for the page and was stuck with ‘aesthetic’, wondering how the word is usually associated with beauty and texture.

Over phone from Kochi, Arun explains how people do not conventionally associate old age with beauty, which is why he juxtaposed aesthetic with kunjamma (which means older lady, or aunty.)

One his first designs, featuring Rajinikanth on the poster of Narcos, caught the attention of netizens and shot him to fame. Soon, he found like-minded artists — all in their 20s — who were interested in collaborating with him and now, they divide the work amongst themselves. 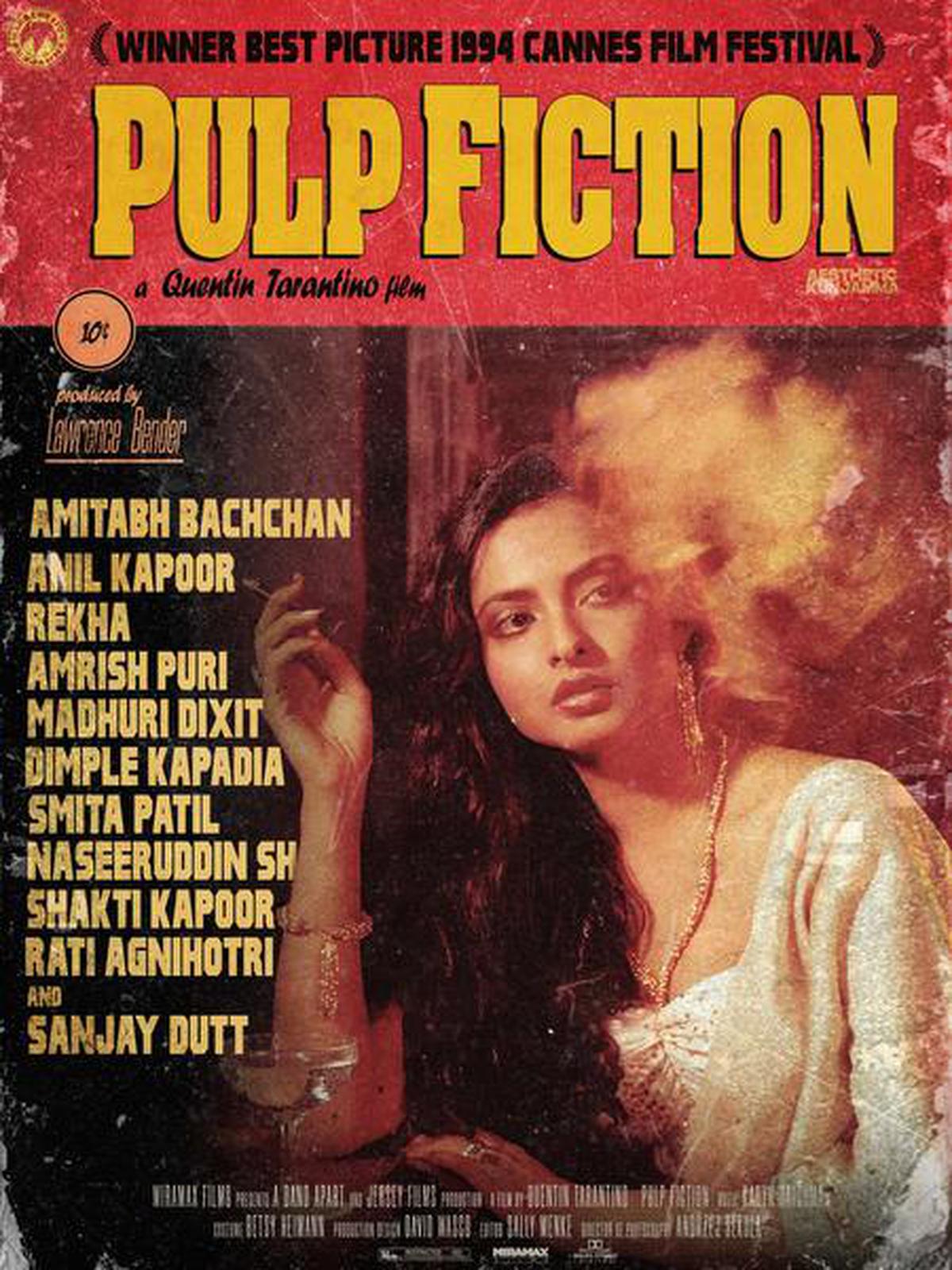 Their designs are a blend of two worlds; a vintage movie character is superimposed over a Hollywood poster/magazine cover, or, in some cases, coloured/illustrated to leave a lasting impact. A recent one features an unseen photo of Kamal Haasan from Aval Appadithan interspersed with a poster of Into the Wild. There is also the illustration of Kumbalangi Nights with the backdrop of The Silence of the Lambs. A challenge they encounter often is the unavailability of high resolution photos of classics, such as the works of Satyajit Ray, Adoor Gopalakrishnan and Padmarajan. “It is very difficult to find old movie posters, some of them have not been preserved. In some cases, photos were in bad quality and we ended up colouring them,” he explains, “Sometimes, we get an idea and work around it. If we find a rare and interesting photo of a movie/celebrity online, then we would take that image and come up with designs.”

It is not just movie posters that the page is popular for. Their illustrations, too, have had a rippling effect on social media, especially the Grand Theft Malabar design featuring popular South Indian actors, amassing over 50k likes on Instagram alone. 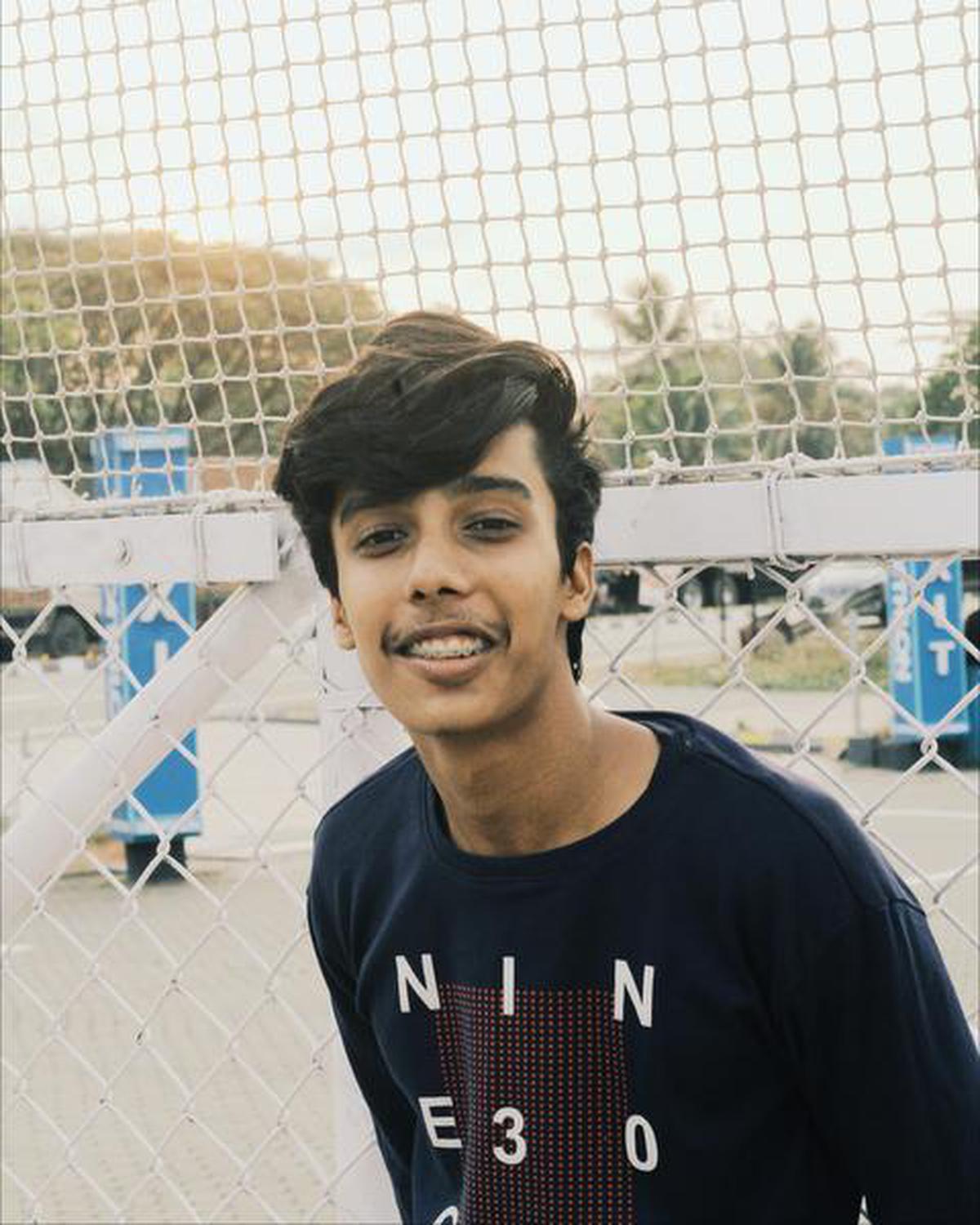 What pushed Arun into graphic design and subsequently creating Aesthetic Kunjamma, was the concept of Narcos feat Rajinikanth.

“In the long run, I hope to establish a production house in our name,” says Arun, adding that they have worked on the title design for an upcoming anthology produced by Mani Ratnam, an upcoming movie for Amazon Prime Video by Gautham Menon, and a Tamil web series produced by Karthik Subbaraj.