Four degrees of separation: The cast of ‘Wakaalat From Home’ get candid about how the series was filmed

A divorce proceeding over Zoom during lockdown? The cast of ‘Wakaalat From Home’ chat about the unusual premise of the series, as well as the production challenges and triumphs

“The hardest thing to do was to perform while we were in our comfort zones and to take care of 50 other aspects beyond just acting,” says Kubbra Sait, referring to working on the new Amazon Prime series Wakaalat From Home.

Kubbra is one of the four actors in the ‘comedy of errors’ web series which launched on September 10 on Amazon Prime Video. The Hindi-language story follows couple Sujin Kohli and Radhika Sen — played by Sumeet Vyas and Nidhi Gupta respectively — going through the highs and lows of a divorce proceeding over Zoom. Yes, there are lawyers present and, no, it is not as depressing as some may think.

Directed by Rohan Sippy (Bluffmaster!, Kuch Naa Kaho and Dum Maaro Dum), the series was filmed during the initial months of lockdown. “What was so liberating about Radhika is that she is so expressive,” says Nidhi, adding that actors could also be useful hair-and-makeup artistes. Nidhi had cut her own hair to portray her character’s psychological upheaval. “I couldn’t cut the length though for the sake of continuity, so I decided to cut my bangs. Rohan’s initial reaction was like ‘are you sure, what if it goes wrong?’ which was quite sweet, but he was excited,” she adds.

Playing lawyer Rajini Tacker whom she pegs as “the sane among the insane”, Kubbra was thrilled to come on board seeing one of her most trusted friends, Anubhav Pal, who is the show’s writer. “When nobody saw me as an actor, he did,” she recalls, taking it back to her Going Viral Pvt Ltd days where Anubhav was also a writer. “That instilled in me that I’d be sailing through in good company.” Kubbra, whom we have seen in Sacred Games, says that the reality of the series reminded her to be thankful in a time of uncertainty for many actors, owing to productions halting during the pandemic. “When you are able to disconnect from the reality of our world and delve into a fictional show based on an ‘urgh’ topic, it’s really all credit to the writing. We all were contributing and collaborating too and for the one-and-a-half months working on the show, we became a close-knit family,” she laughs. 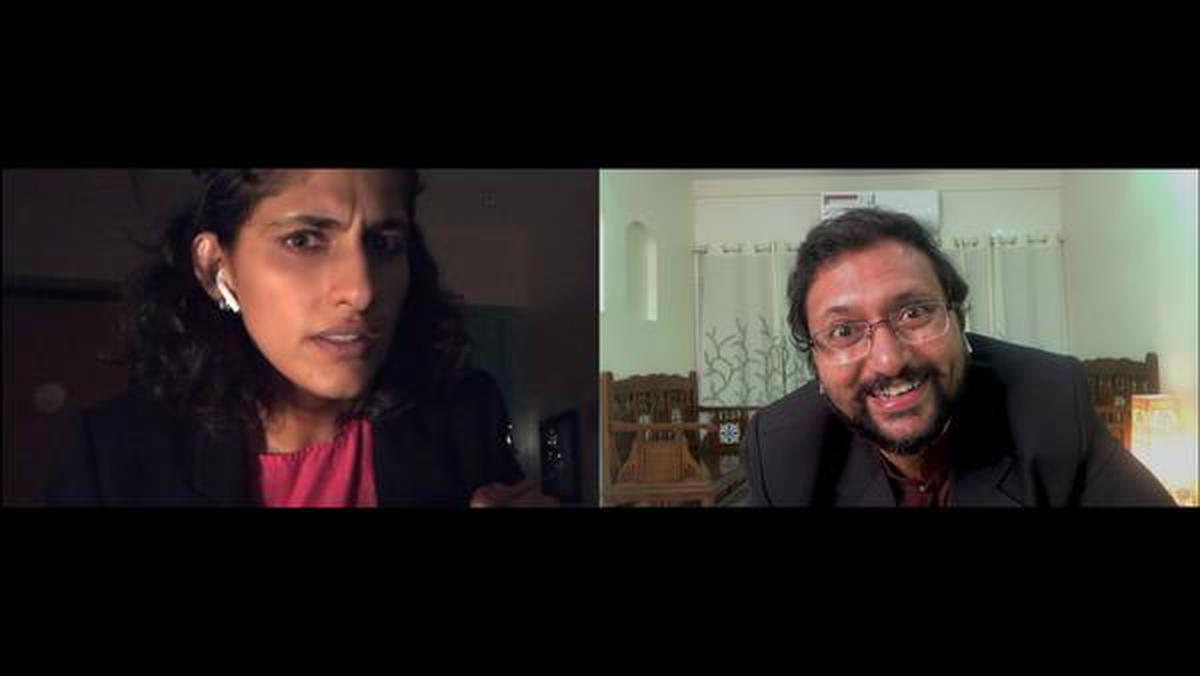 Gopal Datt is full of excitement when describing his character Lobo Tripathi, a lawyer with a shelf-load of eccentricities bound to make audiences laugh. He says it was a no-brainer to join Wakaalat From Home given his respect for Anubhav Pal, the series writer, whom he calls a “genius”. Gopal has also worked with Rohan on The Office (India). “Knowing each other made it easy for the project to come together. My character is crazy but really well-written. My character in The Office was sanskaar, but in Wakaalat From Home, he is wacky even though he is a lawyer.”

The energy of the story was kept alive through balance of comedy and meaningful moments, Gopal adds. He explains that his theatre background has been incredibly helpful during this unusual filming time. “Rohan wanted to shoot it in one go and wanted us to think of it as a play to retain the spontaneity and the energy. If you are from theatre, you know how to handle forgetting lines and so on. Luckily, we are all from theatre.”

The three actors agree that filming within the dimensions of a single screen offered new but welcome challenges for them. Rather than considering it to be limiting, the video-chat technique opened a new horizon. Nidhi, particularly, enjoyed the unusual set. “Rohan and Anubhav endorse freedom for their actors that way,” she says, adding, “Because the characters and we were at home, the everyday ‘comedies’ such as prepping food and cleaning can be seen. So there was interesting and creative layering there. The greatest joy is when, as an actor, you have a director who lets you juice a scene and run wild with your ideas.”

Season 1 of ‘Wakaalat From Home’ is streaming on Amazon Prime Video.

‘Father of the Bride’ reunion on the cards